Latest News
You are here: Home1 / Latest News2 / Frontpage Article3 / Kevin McGlinchy Holds Out Hope For Another Shot At The Pros 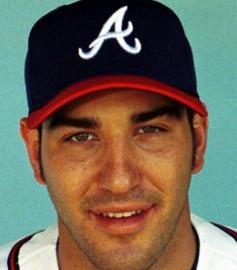 After several years of coaching, helping out alumni camps for the Major League Baseball Players Association, and giving private pitching instructions, the 34-year-old McGlinchy is pitching again. He was undefeated for Carlson of the Boston Park League. In 10 regular-season games he went 8-0 with a 0.76 ERA, racking up 76 strikeouts and just six walks in 59 1/3 innings. He allowed just one home run for the season.

McGlinchy, who was 3-0 in Carlson’s playoff run to the title, feels he still has something to offer a big league team. His fastball was at about 90 miles per hour for most of the year, touching 92 or 93.

“I’m rededicating myself to baseball,” said McGlinchy, who moved back to Malden from Florida about five years ago when his grandparents got sick.

“Last year I got myself back into shape. I think I could still play pro ball, but it’s hard because I’ve been out for so long. I probably have to throw 95 again to get looked at. But I’m in the low 90s sometimes, which is pretty good.”

He knows that reaching his goal will not be easy. He no longer has an agent. But he’d like to connect with another independent team, maybe the Brockton Rox of the Can-Am League. He’s pitching now for the Somerville Senators of the Men’s Senior Baseball League. He’s allowed just one run on 10 hits over 15 2/3 innings, with 24 strikeouts and no walks.

“I’m still doing what I like to do,” he said. “And that’s playing baseball.

“I was 22 years old when I made it, real young. A lot of stupid mistakes along the way. But I’m 34 years old now and pitching in the Park League. It’s about acceptance. I’m still doing it. I’m proud of what I do. I always make sure that – I don’t care where I’m pitching, I don’t care if it’s Yankee Stadium or a town field – I try to put on the same focus. Don’t give in to anybody. It’s what my dad taught me.”

McGlinchy knows what most people probably remember first when they think of his brief Major League career: the “grand slam single” he gave up to Robin Ventura.

With one out and the bases loaded in the 15th inning of Game 5 of the 1999 National League Championship Series against the Mets, McGlinchy walked Todd Pratt to tie the game. He then gave up what initially appeared to be a game-winning grand slam to Ventura. But Ventura, mobbed by his teammates as he rounded first base, made it no farther along the base paths and was credited with just a single and one RBI. Not a grand slam, but enough to win the game.

“Someone had to lose that game and it just happened to be me,” he said. “It was a 15-inning game. We had no one left in the bullpen. I hadn’t pitched for almost over a week. As a bullpen guy, if you don’t pitch for over a week, you’re going to be rusty, and I was a little rusty. And I was getting squeezed, and a lot of other things happened.”

The Braves went on to win that series in six games. Although they were swept by the Yankees in the World Series, McGlinchy got some measure of redemption when he pitched two scoreless innings in Game 2.

The leagues he’s pitching in now are good for the competitive juices. But what McGlinchy, the kid who stood on the Yankee Stadium mound as a 22-year-old in the World Series, would really like is one more shot to show what he can do.

Ross Still Feared After A Decade In Park League
0 replies

Soolman Manages To Live A Baseball Dream
Scroll to top