You are here: Home1 / About

Our season begins mid-May, and we play a 36-game regular season schedule. We play Monday thru Friday, and occasional Sunday games. All games (except Sunday) are under the lights, beginning at 7:30 or 8pm. All fields are located in the City of Boston. Towards the end of the regular season, an All-Star team will be selected by the coaches and managers to play another amateur league All-Star team. In early August, playoffs begin with the Top 4 teams playing a Best of 5 game series. The two winners will play for the league championship in a Best of 7 game series.

The History of the Boston Park League
The Boston Park League was founded in 1929 by Bob Cusick, program director for the Boston Parks and Recreation Department, and it is now the nation’s oldest amateur baseball league. It was Cusick’s idea for the City of Boston to support and manage a quality amateur baseball league, and have most of the City represented. Teams were sponsored by different individuals, businesses, and organizations. He bought discarded Red Sox and Braves uniforms and hired unemployed professional umpires at three dollars a game, and was able to field ten teams to begin the Boston Senior Park League.

The Boston Park League drew praise from such notables as Judge Kenesaw Mountain Landis, Commissioner of Major League Baseball from 1920 to 1944, who said it was “the best operated municipal baseball organization in America.” He demonstrated his support by attending the 1932 Boston Park League banquet along with other prominent baseball personalities. 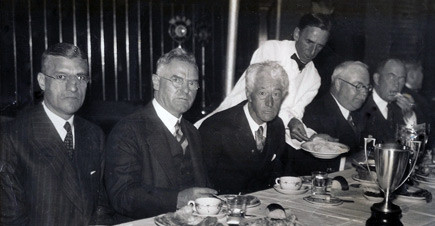 In the 1950s and 1960s, the League continued to draw 6,000 or more fans to post-season playoff games. These were the most productive years. Despite the leveling of attendance, the League continued to prosper as a steady stream of skilled players were coming and going. The players came from high schools, colleges and the professional ranks. The latter’s professional experience and skills influenced many a ballplayer to play in the best league around.

Over the years there have been several distinct Park League levels. While the criteria are lost to us, we know there were seven other levels besides the Senior Park League. They were: Industrial, City National, City American, Hub, Suburban, Dorchester and Business leagues.

Until budget cuts in 1981, the City provided well-maintained fields, night-game lighting, paid umpires and a minimal level of equipment. Thereafter, the teams had to pay the umpires and an assessment for use of the fields. While now self-sustaining with the generous help of the Yawkey Foundation, it is interesting to note that the chairman of the Yawkey Foundation, John Harrington, and Bob Cusick’s daughter, Joan Morrissey of Norwood, are year-apart graduates of St. Thomas Aquinas High School in Jamaica Plain.

In 1982 the City of Boston decided to transfer the League’s administrative duties to a small group of former players and coaches. The league named Bill Mahoney its first President, Harvey Soolman Secretary-Treasurer, and Walt Mortimer Umpire-in-Chief. Walt Mortimer is currently Secretary-Treasurer. With the need for more funding, the Budweiser Brewing Company of Medford sponsored the League for four years. The Yawkey Foundation came on board in 1986 and has continuously sponsored the Boston Park League to the present.

Countless thousands of Boston’s young and not-so-young men have found an organized outlet for their baseball “field-of-dreams” in the Boston Park League. They played for well over 100 different teams with the caliber of play at the top levels good enough to attract former and future professional players. Indeed, many former Park League players were signed by major-league scouts. Bob Cusick’s vision for amateur baseball in Boston was certainly fulfilled, and the present Park League administration continues that vision for Boston’s young men.

All this is what sets the Boston Park League apart from other long standing leagues around the country.

In 2014, there were 7 teams competing. They include the Cannon Club, Palmer Club, Grossman Marketing, ADSL, TJO Sports, Towne Club and the Boston Padres. They played a 36-game schedule that ran through the first week of August. The top 4 teams in the final regular season standings played a 3 out of 5 semi final playoffs, 1-4, 2-3, and the winners played a 4 out of 7 series for the league championship. Palmer Club defeated TJO Sports in Game 7 of the finals in the bottom of the 10th inning with a 2-1 victory. 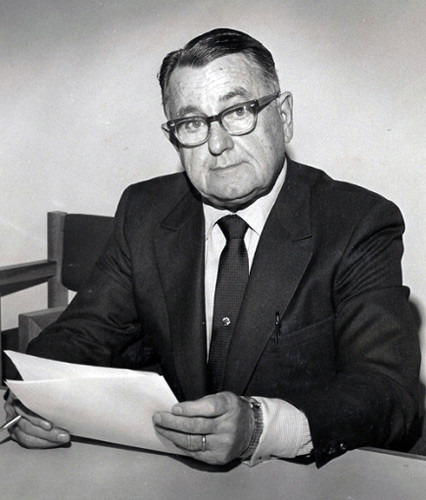 Bob Cusick  attended Durfee High School where he played basketball, graduating in 1925. In 1929 he went to work for the Boston Parks Department under Parks Commissioner William Mullen. Soon after joining the City’s Parks Department, Cusick’s proposal for a Boston Park League was approved and he proceeded to set it up and preside over it from his office at the Pinebank Mansion on Jamaica Pond, until retiring in 1976 as Director of the Boston Parks and Recreation Department. Known as a “helluva guy” by Joe Cronin, Bob Cusick was the confidant of Ted Williams, Tom and Jean Yawkey, and other members of the Red Sox family for many years. He was known far and wide in professional baseball as “Mr. Baseball,” and was the owner of annual complimentary passes to all American League ballparks for many years. Bob raised his family in West Roxbury, relocating to Cape Cod after he retired. Shortly after his retirement, Mayor Kevin White proclaimed September 12, 1976 as Bob Cusick Day, and named the baseball diamond on Boston Common, at Boylston and Charles Street, for him.

Special Thanks
The Boston Park League wishes to sincerely thank the following for their continued support of amateur baseball in the City of Boston: