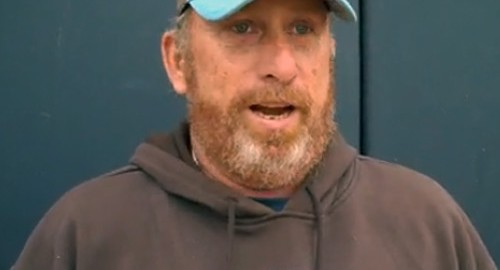 John Casey, who grew up in Jamaica Plain and has been head baseball coach at Tufts University in Somerville since 1984, was inducted this month into the Boston Park League Hall of Fame. The league is the oldest amateur baseball league in the country. Casey was considered one of its top players in the 1980s and one of its best umpires in the 1990s. He has continued his support of the league since retiring from the diamond.

Casey, a 1976 graduate of Boston Latin School and a 1980 graduate of Tufts, helped found the Triple D’s team that joined the Park League in 1980. In its inaugural season, he helped the team advance to the league finals, where it lost in the seventh game. The team won the league championship the following season, and pitcher/outfielder Casey was Most Valuable Player.

During a nine-year run with Triple D’s, J.P. Cubans and the DiSangio Dodgers, Casey was a Park League All-Star numerous times and was a regular in the playoffs. A member of the All-Star team that played the US Olympic Team in Fenway Park in 1984, Casey was the only pitcher to throw a scoreless inning for the Park League. One of the outs he recorded was against major league veteran Will Clark.

Casey also earned accolades for his work as an umpire in the league and received the Dan Roberts award for umpiring, which he did for eight seasons. As head baseball coach at Tufts, he’s maintained his association with the league by sending more than 40 Jumbo players to the Boston Park League during his 16-year tenure.

“I started a team with three friends just because we wanted to keep playing,” Casey said. “We didn’t expect to win. By the time I stopped playing, I had a lot of new friends. It’s good baseball. It’s a competitive league, and that’s why we’ve sent so many kids there during my time at Tufts. I’m really proud of this honor.”

The all-time leader in coaching victories at Tufts, Casey and his staff’s teams have compiled a 246-187-1 record and nine post-season berths. Forty team and individual records have been broken during his tenure. The team’s record in the last six seasons is 133-82-1 against a schedule that includes Division 1 opponents such as Boston College and Dartmouth.

Casey’s roots with the program are deep. He compiled a career record of 8-3 with four saves and a 3.23 earned run average and helped the Jumbos to consecutive Eastern College Athletic Conference Division 2-3 Tournament appearances. Also the tight end on the 1979 Tufts undefeated football team, he finished his career on the gridiron with 55 receptions and eight touchdowns. He also earned a master’s degree in education at Tufts in May 1983.

After a year of coaching at New Hampton Prep, he returned to Tufts as a baseball and football assistant. He replaced Lee Sargent as head baseball coach in 1984, and is currently an assistant on head coach Bill Samko’s football staff. Casey is a member of New England’s (NCAA) Division 3 Selection and All-Star committees, and is secretary- treasurer of the New England Intercollegiate Baseball association. He works various baseball camps and is the hitting coordinator at the Mike Andrews Camp.