Former Boston Park League Umpire in Chief from 1999 through 2006, umpired in the league for more than 30 years, and was featured on the cover of Referee Magazine in July of 1985. Below is the excerpt from the inside cover.

“Loading Up” while working a game during the Olympic baseball competition a year ago (1984) is Joe Driscoll, Billerica, Mass. Driscoll, 42, is a postal carrier who has been umpiring baseball for 15 years. He also officiates football and basketball and is a member of the officials’ associations. Driscoll said he advanced to work the College World Series three times (1981, ’83, ’84) and has also umpired seven NCAA regional baseball tourneys. All that aside, Driscoll said his most exciting moment didn’t occur during a sporting event. Explained he: “My biggest thrill in life was when I was in the delivery room and saw my daughter Kim born.” Cindy and Joe Drsicoll have been married for 17 years. In addition to Kim, 8, they have a son, Todd, who is 12. 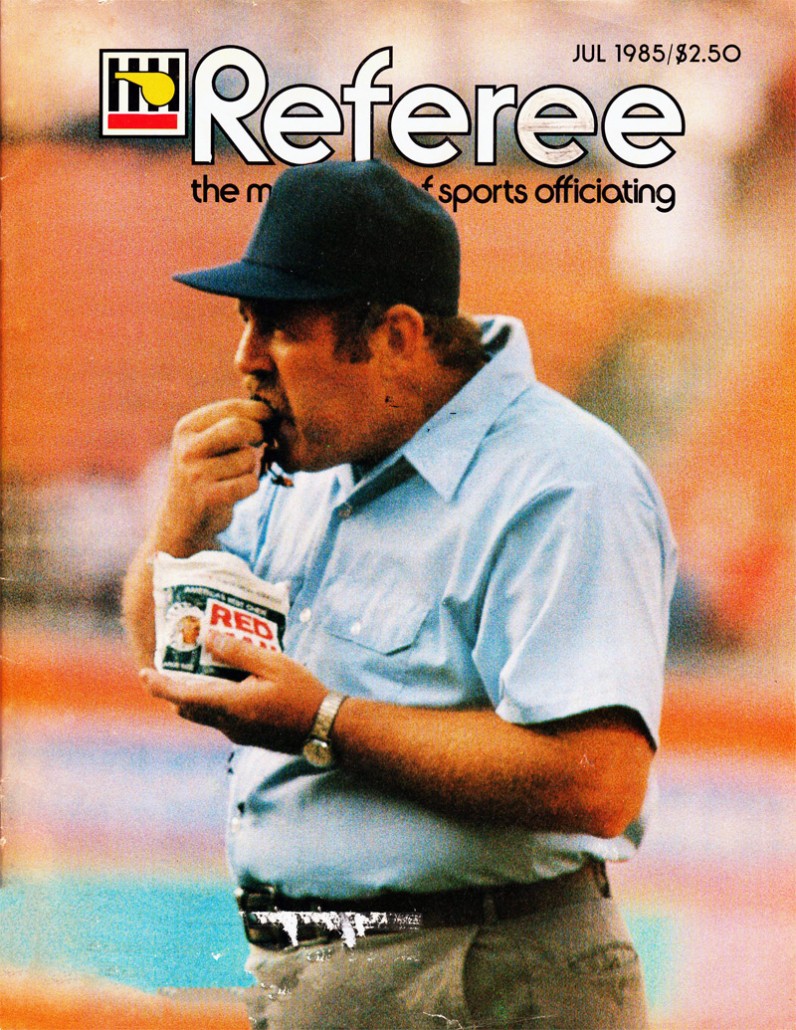