Park Commissioner John Murphy met with the 14 managers of the Park Department baseball league last night and after a lengthy discussion it was decided that Pete Marquette and St. Lazarus, the teams whose application for membership brought the issue to a head, would be welcomed as entrants – but only in the newly formed Boston Twi League. This decision is based on mathematical reasoning. 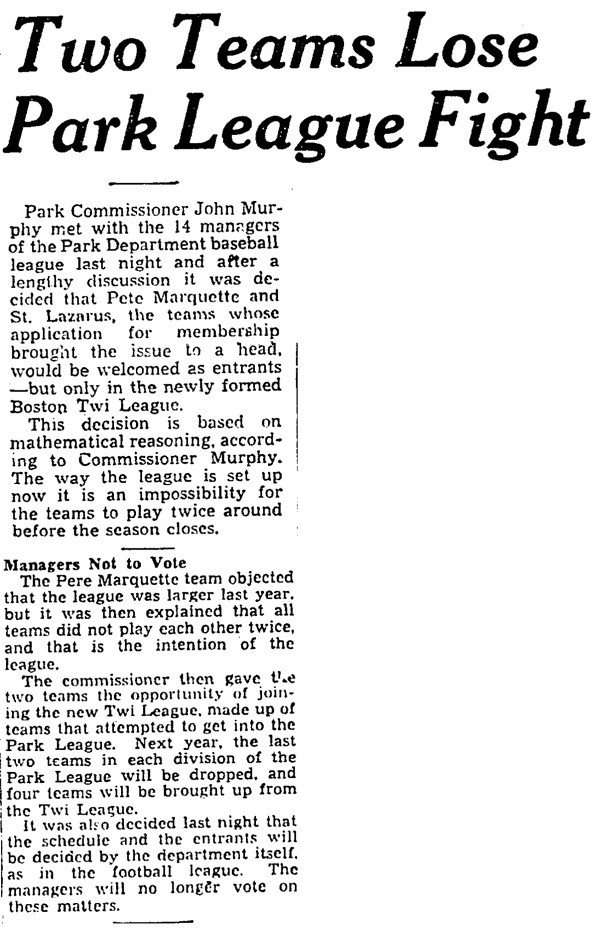