Failure of two teams to take the field against the Msgr. Chittick baseball team of Hyde Park led to action yesterday at City Hall. Commissioner John J. Murphy was asked to investigate so-called discriminations against the Chittick team, and suspend any team that refuses to go through with scheduled games. 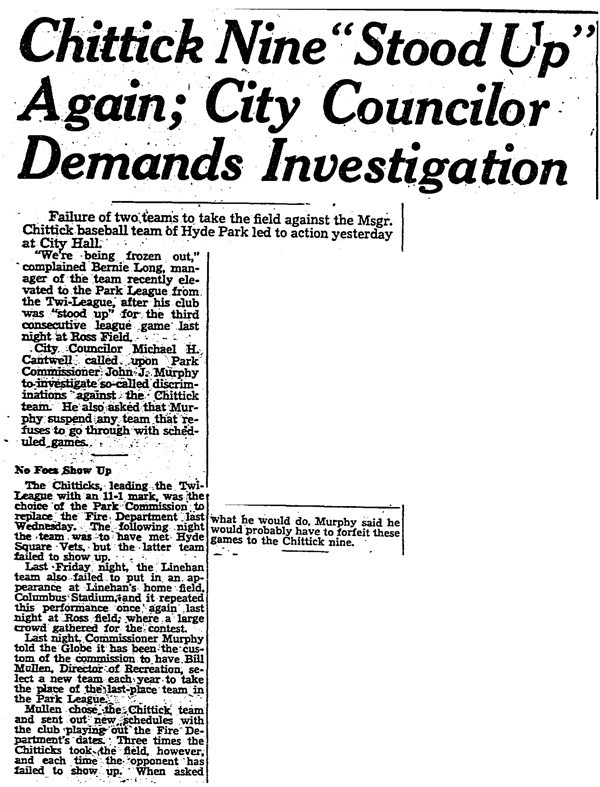