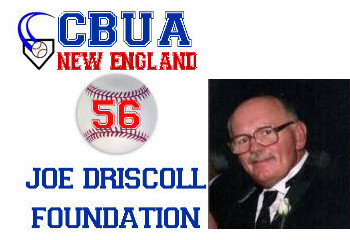 It was a playoff game between Reading and Tewksbury and the schedule-maker assigned two guys named Driscoll as the umpires. The base umpire, Joe Driscoll, seemingly had been around baseball forever, a veteran arbiter whom everybody trusted.

The plate umpire was Joe’s son, Todd. He was young, inexperienced. There were fears he’d make a bad call and blow the game.

“So then a kid attempted a steal of second base, and, well, Dad kicked the call,” Todd Driscoll said yesterday. “He blew it. When the inning ended, he came up to me and said, ‘Everyone said you were going to screw up, so I decided to take care of it for you.’ ”

That was classic Joe Driscoll. For while this bear of a man always took his umpiring seriously, he also never failed to display a delicious sense of humor and a barbed wit. Just last Friday, when Joe was working first base at the Tufts-Bowdoin game, the first base coach for Bowdoin squawked about a call. And Joe replied, as he often did in these situations, “I don’t talk with caddies.”

The next morning as he was preparing to return to Medford to umpire a Tufts-Bowdoin doubleheader, Driscoll suffered a massive heart attack at home in Billerica and later died at Lahey Clinic in Burlington (Obituary, Page 32). He was 64.

It’s going to take a while for the Greater Boston baseball community to get over this one. Driscoll wasn’t just a local baseball umpire; he was an amassador of amateur baseball, a man whose walk and talk and demeanor was a billboard for the game he was working. Somehow, just seeing Joe Driscoll behind the plate made that game more important, more noteworthy. And if you’re not exactly sure what I mean by that, it’s only because you never had the privilege of seeing this man in action.

He also officiated basketball and football, and operated the clock at Boston College home football games. And let’s not forget his nearly 40 years with the United States Postal Service.

But first and foremost, he was an ump. The Park League, the Intercity League, college and high school. He knew just about every ballfield in New England and beyond.

Raised in Arlington, educated at St. Mary’s High in Waltham, Driscoll came from a family of nine kids. Alas, he was the one without much athletic talent. A self-professed “ham-and-egger” he still managed to make the game-winning shot as St. Mary’s upset Braintree in a Tech Tourney game at the old Garden.

Following a couple of uneventful seasons in the Intercity League, Driscoll proudly followed the athletic exploits of his younger brothers. One of them, Jim Driscoll, played two seasons in the big leagues with the A’s and Rangers. Another brother, Mark Driscoll, played baseball and football at the University of Arizona and later logged a few years of minor league ball.

“When we played in the College World Series in ’70, Joe and my other brothers came out to Omaha to watch me,” Mark Driscoll said. “We got bounced in two straight, and Joe said, ‘OK, you’re done. We’re going to watch Jimmy play.’ Jimmy was playing for the A’s Triple-A club in Des Moines.”

The brothers drove to Des Moines, only to discover that Jim Driscoll had been called up by the A’s. No problem: They got on a plane and were in Detroit for Jim’s first major league at-bat.

Years later, Joe Driscoll returned to Omaha, this time as an umpire. He was behind the plate when Texas right-hander Roger Clemens pitched his last collegiate game.

Driscoll is survived by his wife, Cindy, and their three children, Todd, Kimberly and Matthew.

Copyright © 2007 Boston Herald, all rights reserved. Written by Steve Buckley, and reposted with his permission.

A Faded Glory, But A Glory Of Summer Nonetheless

For The Love Of The Game
Scroll to top