Latest News
You are here: Home / Latest News / Frontpage Article / For The Love Of The Game

A league all-star who batted .308 as one of the team’s elders at age 30, Carey played for the Park League’s All Dorchester Sports League team for three seasons while attending Harvard and the past eight years for the Walsh and Stockyard clubs. 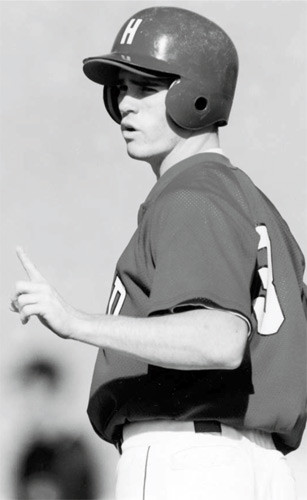 ‘It’s a pretty big commitment. We played over 40 games this season, usually three or four nights a week. But I know if I stopped playing, I’d definitely miss the camaraderie.’ – Hal Carey

“It’s still fun to go to the park and be with your friends,” said Carey, a former Globe All-Scholastic baseball player and three-sport captain in high school. “It’s a pretty big commitment. We played over 40 games this season, usually three or four nights a week. But I know if I stopped playing, I’d definitely miss the camaraderie.”

Carey was the Park League’s Most Valuable Player in 2002 and received the league’s Dick Casey Memorial Award for Sportsmanship last year. He has been a league All-Star six times.

“The awards are nice because it’s a recognition that you’re respected in the league, and I feel, especially as a high school coach, it’s important to carry yourself well on the field,” said Carey, who lives in Weymouth.

Carey also earned respect as a college player. He was a second-team All-Ivy League pick on two occasions and an honorable mention once. He was the Ivy Rookie of the Year in 1996, the first Harvard player to receive that honor. A second and third baseman in college, Carey’s best offensive year was 1998, when he batted .374. He also played in the New England All-Star Game at Fenway Park as a collegian.

Carey stays close to his former college coach, Joe Walsh, by working at Walsh’s summer baseball clinics at Harvard – including one this coming weekend for high school players. And he still enjoys seeing his name in the Harvard record book with 208 career hits and 63 career stolen bases.

“It’s a source of pride,” said the former Harvard captain who played in three NCAA Division 1 tournaments. “But I’m surprised they’ve lasted this long. I’m sure they’ll be broken someday.”

Walsh added, “I’m also a Catholic Memorial grad, so I’m proud of Hal, who has been a great representative for CM, Harvard, and the Park League.

“As a player, he does everything fundamamentally well and as a coach he teaches the game the right way. Above all is his great love for baseball.”

“We’ve spent eight years together and he’s a great teammate,” said Busby. “Winning the sportsmanship award tells you how highly he’s regarded. Hal’s a likable guy and an unselfish player, a real gamer.”

Carey’s father, Dick, was baseball coach at Christopher Columbus High in Boston and a friend of Walsh’s since both played baseball together on the playgrounds of Boston. Dick Carey and his wife, Joan, still live in Needham.

“Dad always pitched batting practice to me when I was growing up,” said Carey, who has a 42-18 head coaching record at CM, where he also teaches middle school math. “If there was a field around Needham that wasn’t being used, we’d find it. My parents come to my Park League games, which makes the experience even more fun.”

More to Driscoll’s Life Than Umpiring