The Boston Park League hosted the 18th Annual Dick Clegg – Howie Stein Memorial Golf Tournament on Monday, July 31st, 2017 at the Easton Country Club in Easton, MA.  We had 36 golfers participate on a sunny and beautiful day with temps in the low 80’s.  It was a picture-perfect setting with the golf course in excellent condition.  Our compliments to Manager Mark Lombardi and his staff.

BPL Hall of Famer Jack Fahey, now 88 years old and still talented and competitive, was pleased to end the day by winning one of the two sets of monster seat tickets to a Red Sox game in September, donated by the Red Sox Foundation.  The other raffle monster seats winner was Cannon Club player John McCue.  A signed Dustin Pedroia baseball was also a raffle item, among other outstanding gifts.  Those who also contributed to the raffle prizes included Mary Ellen Grossman of Grossman Marketing, Rich Clegg, and the Easton CC. 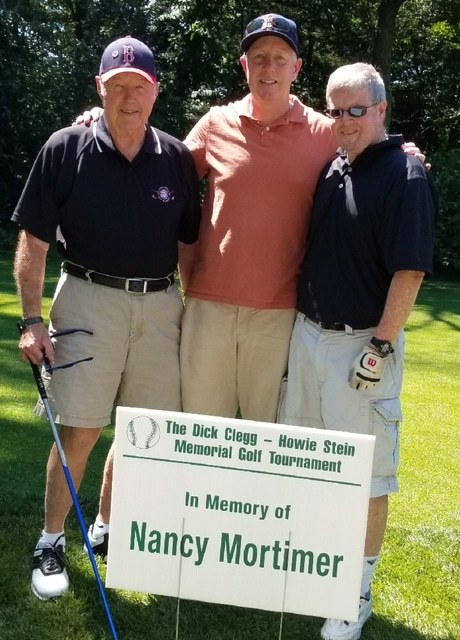 Closest to the pin: