The Boston Park League hosted the 15th Annual Dick Clegg – Howie Stein Golf Tournament on Monday, July 28, 2014 at the Easton Country Club. The Boston Park League named the Annual Golf Tournament in memory of Dick & Howie in 2000. With rain showers, we credit all the golfers who committed to playing, and showed up in support of the BPL.  At 9:30 am the sun broke through the clouds and we had beautiful weather the entire day.  It’s hard to figure that 25-30 miles away, Revere, was dealing with a tornado at the exact same time.

There were 66 golfers ready to go at game time.  The golfers enjoyed a continental breakfast upon arrival, an Italian buffet at the conclusion of their round, prizes were presented for 1st, 2nd, & 3rd place, along with closest to the pin and longest drive.  We concluded with a raffle that included 4 monster seats to a Red Sox game, an autographed Jon Lester game shirt (who was still a member of the Red Sox at the time but traded 3 days later to the Oakland A’s), and a Dustin Pedroia autographed baseball, all donated by the Red Sox Foundation. 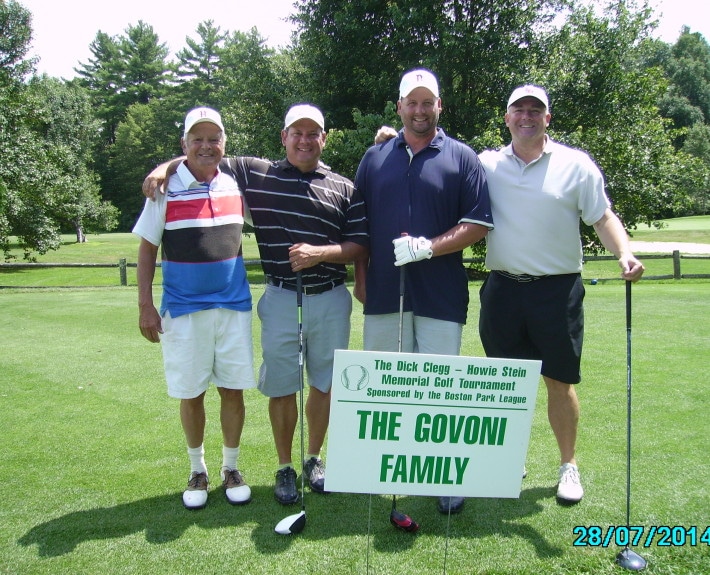 This was our main fundraiser for 2014, so thanks for your support.

* The BPL sincerely thanks you for your continued support