On September 27, 2017, TJO Sports received the BoSox Championship Trophy at the annual BoSox Luncheon at the Hilton Boston Dedham. As the Boston Park League 2017 Champions, it was their honor! END_OF_DOCUMENT_TOKEN_TO_BE_REPLACED

At 51, Kevin MacIntyre of TJO Sports in hadn’t pitched for the Boston Park League in 26 years. On August 5, 2014, he won a complete game over Towne Club, 8-5. END_OF_DOCUMENT_TOKEN_TO_BE_REPLACED

James is on the TJO Sports roster, and the son of BPL Hall of Famer Jim Mulry (1998), who played shortstop for both Northeastern & Triple D’s. END_OF_DOCUMENT_TOKEN_TO_BE_REPLACED 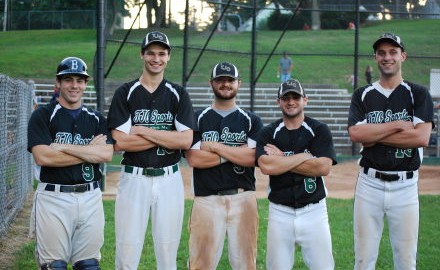