Although election time is far distant, there will be a heated political battle staged this afternoon at Fenway Park. It won’t be in the form of an oratorical set-to. Rather, it will be a diamond engagement between the state and city officials and those present will see Gov. Saltonstall pitching for the Staters and Mayor Tobin hurling for the City Hall Bombers.

These opposing aces had the Leverett Connector and Tobin Bridge named after them. 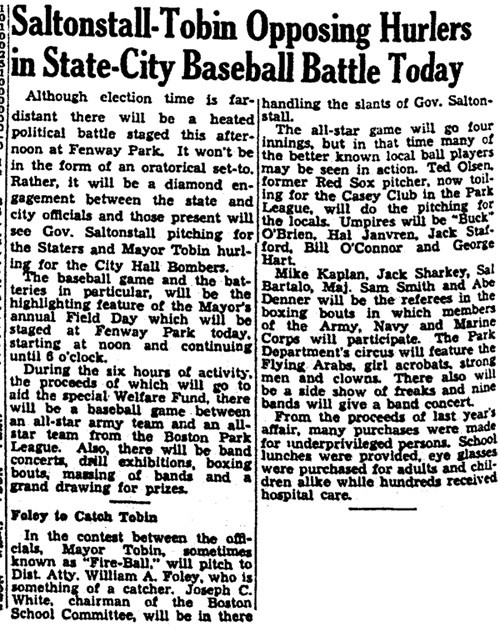