Byron (“Ty”) La Forest, who learned his baseball at Waltham High School and in the Boston Park League, is coming home. He’s slated to be the Red Sox new third-baseman–as soon as Ben Steiner, who was the Sox second-sacker for most of the season, gets to Louisville. 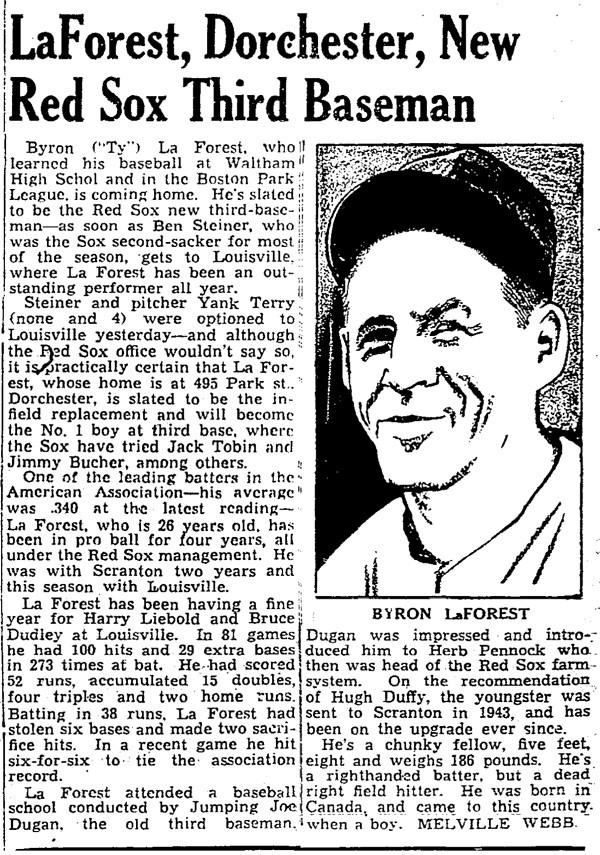