A benefit game between the St. Catherine’s Club and an all-star team made up of players from other Boston Park League teams who are donating their services will be played this afternoon at Barry Playground in Charlsetown for John Regan, former third baseman of the St. Catherine’s Club, who broke his leg last week in a league game. 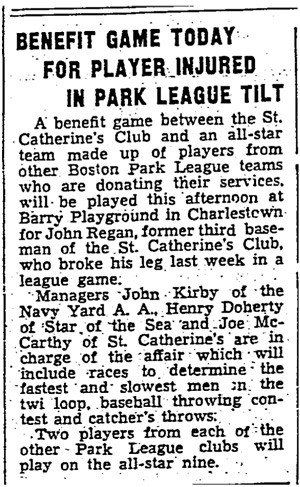