The original article and photo used to create the logo is from a newspaper article from August 22, 1958 is below.

Walt Mortimer connects for a 2 run homer in the 8th inning of the final game of the championship series to lead the Charlestown Cardinals to a 5-2 victory over the McCormack Club of Dorchester. More than 8000 fans at Town Field witnessed Mortimer’s blast off pitcher Paul “Jig” Hunter making the Cardinals Champs in a hard fought series, 4 games to 2. Charlestown had beat St. Paul’s 3 out of 4 to reach the finals. In 10 post-season games, Mortimer hit .463 with 4 home runs and 21 RBI.

Walt would play 15 years in the Boston Park League (1954-1968) with a lifetime batting average over .400 and slugging over 100 home runs. Most agree that Walt Mortimer was the Park League’s”Greatest” hitter ever. 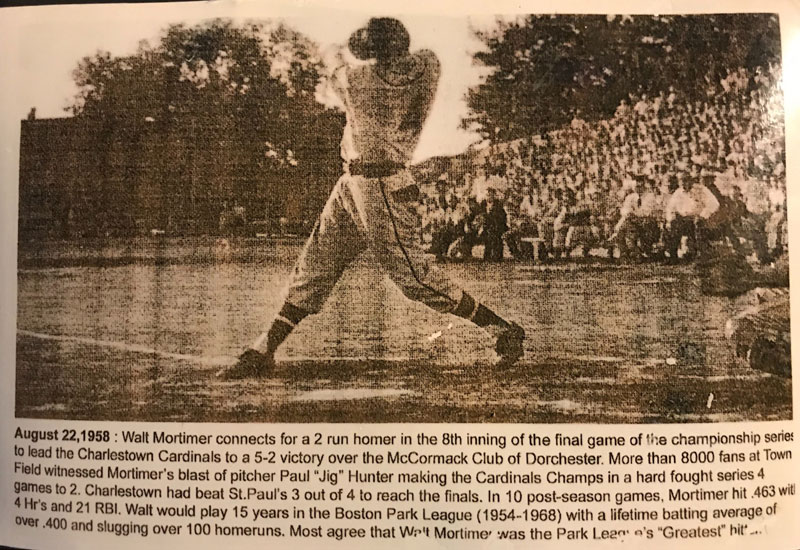 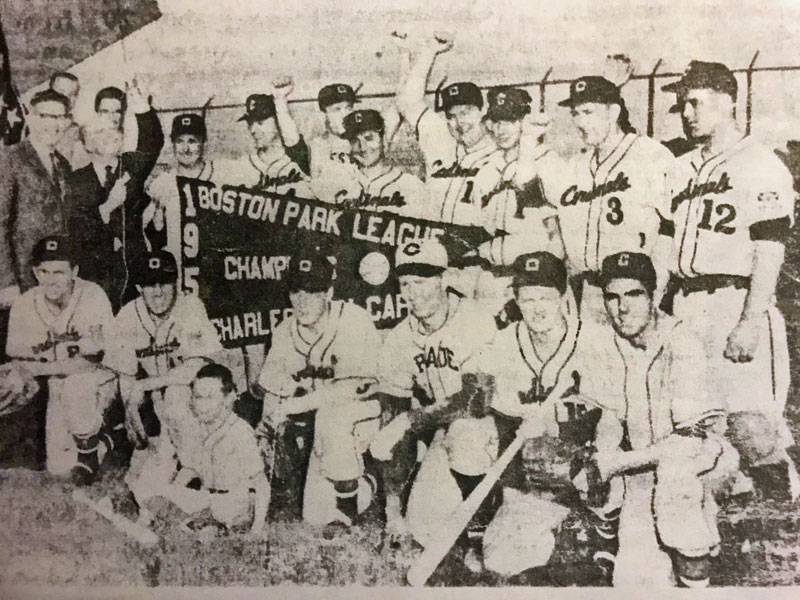